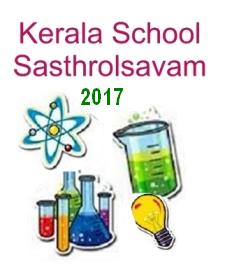 Kerala State School Sasthramela 2017-18 / Sasthrolsavam will be held in November 23 to 26 at Nadakvu in Kozhikode district. Kerala School Sasthrolsavam is the biggest science fair for students in Asia. The Sasthramela includes Science Fair, Maths Fair, Social Science Fair, IT fair and Work Experience Fair. The aim of Sasthramela is to promote student talents in various sections like science, mathematics, social science, IT and crafts. This will help students to demonstrate motivation, self learning, critical thinking, ethics and other important skills and traits.

The Sasthramela/Sasthrolsavam 2017 is organized by State Education Department and the participants are students from Lower Primary to Secondary, Higher Secondary and Vocational Higher Secondary. The Sasthramela will be conducted at school level, sub district level, revenue district level and state level. The winners of the sub district and revenue district sasthramela competitions will be participating in the state level Sasthrolsavam.